Darzalex as a single agent 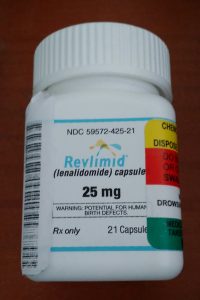 Jan Bieschke of Washington University in St. Louis studies how proteins fold and shape themselves, and how these processes can contribute to a variety of diseases. He says the compound epigallocatechine-3-gallate (EGCG), a polyphenol found in green tea leaves, may be of particular benefit to patients struggling with multiple myeloma and amyloidosis.

These patients are susceptible to a frequently fatal condition called light chain amyloidosis, in which parts of the body’s own antibodies become misshapen and can accumulate in various organs, including the heart and kidneys.

“The idea here is twofold: We wanted to better understand how light chain amyloidosis works, and how the green tea compound affects this specific protein,” says Bieschke, assistant professor of biomedical engineering at the School of Engineering & Applied Science.

“We all want this compound to work in a patient.”

Bieschke previously examined EGCG’s effect in both Parkinson’s and Alzheimer’s disease, and found it prevented dangerous buildups of protein present in both diseases. His team had a similar conclusion in this study: In the lab using samples from bone marrow patients, the EGCG transformed light chain amyloid, preventing the misshapen form from replicating and accumulating dangerously.

“In the presence of green tea, the chains have a different internal structure,” Bieschke says. “The ECGC pulled the light chain into a different type of aggregate that wasn’t toxic and didn’t form fibril structures,” as happens to organs affected by amyloidosis.

Why kale and green tea could be a bad combo

While Bieschke is gaining a greater understanding at the intracellular processes involved, his partners at the University of Heidelberg are working in tandem with him, running clinical trials.

“My group is looking at the mechanism of the protein in a test tube; we are studying how it works on a foundational level. At the same time, clinical trials at the Amyloidosis Center in Heidelberg, with Alzheimer’s in Berlin and with Parkinson’s in China examine the process in people. We all want this compound to work in a patient.”

The research appears in the Journal of Biological Chemistry.

I got these results last week.  Pretty much the only difference between these results and the last ones is that the IgA is about 200 mg/dL higher.  Last time, it was 663.  The m-spikes are the same.  This time, the kappa/lambda free light chain ratio is just inside the normal range.  IgM and IgG are suppressed, and at about the same levels they were in October.  Why the increase in IgA? My doctor suggested that it may simply be a normal immune response to something. The serum free light chains weren’t back yet when I got this. I don’t think about this stuff as much as I used to, so I probably won’t even call in to ask about it. I’ll wait for my next appointment in a couple of months to find out.

I had been seeing the doc every 4 months, but now it’s going to be every 3 months, due to a small increase in m-spike. The doc asked me if I want to start maintenance, but I said no. The m-spike was somewhere about 0.3 five years ago after I had my auto SCT.