Why does this happen with talquetamab?

A short time after my first few doses of talquetamab, I noticed that the skin on my fingers was peeling and the nails appeared to be separating from the beds of the nails. It’s been a drawn-out process, and not every nail has been affected in the same way.

The way it’s been explained to me, there is a protein known as GPRC5D that exists on myeloma cells. Talquetamab is designed to activate the T cells to seek out and destroy cells/tissue that express GPRC5D.  The thing is, there’s other tissue in the body that expresses GPRC5D, too.  Everything from pancreatitis to difficulty swallowing has been the result of the drug’s action against GPRC5D.

This is an example of how talquetamab affected my nails. 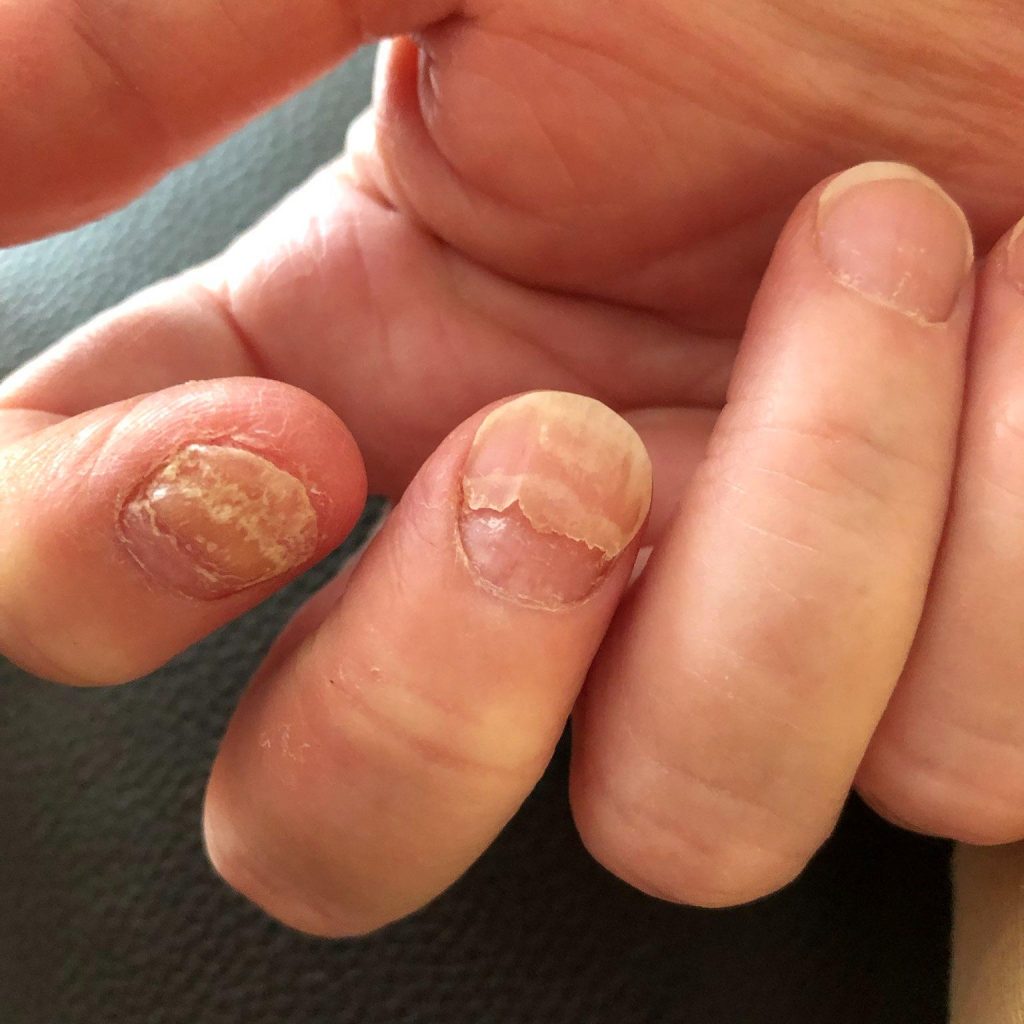 The Human Protein Atlas has a protein expression overview chart here.  The chart shows us which organs are likely to be affected by a drug that seeks to destroy GPRC5D. Not everyone treated with talquetamab is affected in this way.

I watched an IMF video (link below) and realized nail problems aren’t unusual. My consent forms also mentioned this, but I have to confess I didn’t read them carefully until after I’d already had several injections.